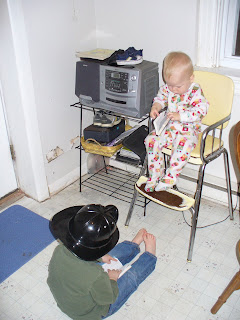 Asher climbed up in this chair and started reading a little Bible. Ezra thought this was a good idea, found another little Bible, and joined in. Delton had been reading from Jonah that morning, and I heard Ezra "reading" the story of Jonah to himself. 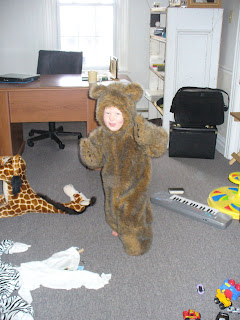 Aunt RuthE let us borrow some animal costumes that were a perfect size for Ezra. He loved dressing up in the bear costume. Grrrrrr! 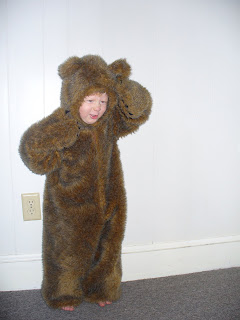 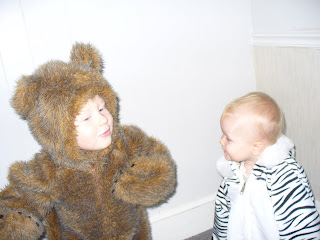 My bear and white tiger/zebra.

He now has a bunk bed! 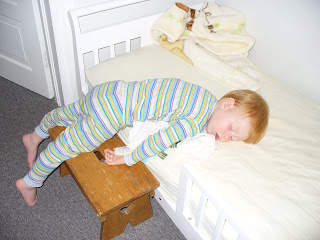 I think Ezra was trying to tell us something...I can't believe that he is big enough to sleep in a twin bed...He's not a baby anymore, and Asher said his first two word sentence today...Delton said, Bye, Asher and Asher replied, Bye Dad. He is growing up as well. So cute!

So, as the title says, facebook has gotten my attention recently, but I believe that I am ready to return to the blog world. This blog is being written with Asher in my lap, putting a pen in my barely empty coffee mug. I'm nervous...here are some photo-ops... 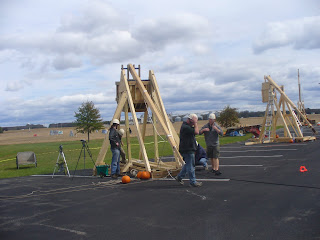 Do you know what a pumpkin chunkin' trebuchet is? Is is a big machine that chucks pumpkins hundreds of feet. Yeah...it's a guy thing, but it is really cool to watch. Tri-State Fellowship in MD had an event and Cedar Ridge made one of the trebuchet- the one with the three guys around it. Think hard hats, safety glasses, a goal-like device placed behind the trebuchet to protect the crowd in case of misfires, and you have an event that draws a big crowd!! We had fun. 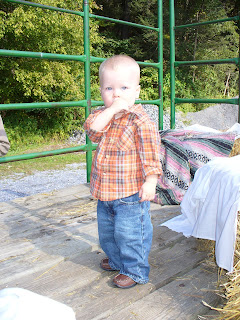 David and Amanda were married several weekends ago. The wedding party left the wedding in a hay wagon. Ezra was devastated that he wasn't able to go along on the ride with daddy, so I let them play on it after the wedding party got off!! 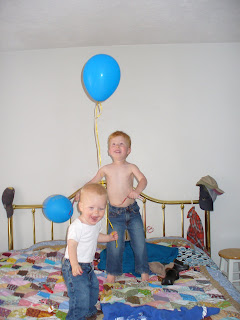 Balloons are wonderful, right up there with jumping on mommy and daddy's bed!! 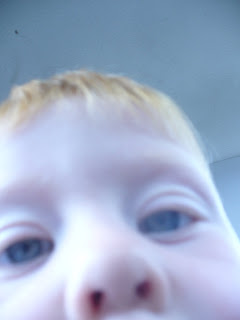 Ezra was being soooo good on a long car ride back from my parents house while Asher was having a hard time...so I handed him the camera. He took a slew of pictures, and some turned out like this. Kind of fun. Delton has a bunch of self-portraits...it appears Ezra is following in his footsteps!! 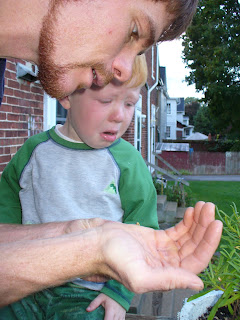 "My pet!" Delton found an interesting insect on our screen door. He brought it inside and let Ezra hold it. When it was time to let the bug "go home to its mommy", Ezra had a hard time. He talked about "his pet" the next day, too!

I think I will go rescue my address stickers from Asher before they decorate many unwanted surfaces. It's good to be back! 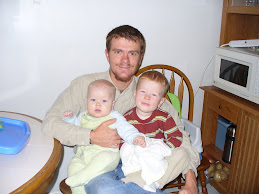